How to Choose a Russian Juggling Ball 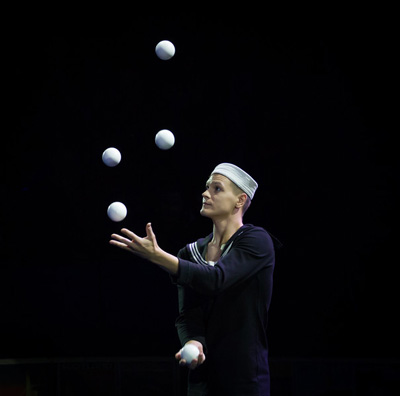 This type of ball is a very old idea. Jugglers in the 1800s and 1900s used partially filled balls for balancing. Many old jugging acts finished their show with a balancing pose, and many of these balls were partially filled to make the trick easier. Jugglers of that time most likely also used partially filled balls for toss juggling. In those days, jugglers were very secretive and never shared props or technical information with their peers. It is often disputed/wondered if Enrico Rastelli used Russian balls.  From video footage, it appears that this is not the case, as you cannot see any ball wobble (a telltale sign of a Russian ball) when thrown in the air. 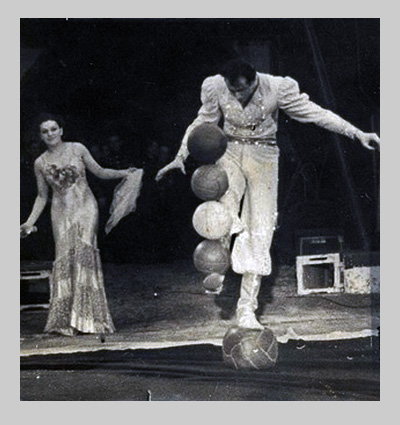 There are many versions and kinds of Russian balls made. Below are the principles that affect how a Russian ball works/behaves. The Russian effect pertains to how much the filling affects the balance and flight (wobble) of the ball.

When choosing a Russian ball, another important factor to consider is the ball’s surface. If the surface of the ball is sticky, it will not release from hand smoothly because it is sticking to an adjacent ball. However, if the surface is slippery, it will have no grip and be harder to juggle. .

There are also several ball, that use a blended blow molded material. For example the Play Juggling Plug&Play or the Radfactor Premium Russian Balls. These both are between EVA and HDPE, and have good characteristics.

Refer to our Choosing a Juggling Ball Size article to determine what is the best size ball to fit your hands and how many balls you are juggling.

Different brands of ball all have different kinds of plug. The Play Plug&Play ball has a silicone fill plug. The Hernrys HIX ball has a weld plug, and Radfactor has a hot glue plug. This are the most common types. The advantage of the Plug&Play is you can change the filling or filling weight some other types you cannot open the ball to add or change the weight/filling. On many of the balls with a removable fill hole it is very small so you can only add/subtract/change fine material, like sand. In the photo right to left

Large-sized Russian balls are made for single ball manipulation or for stacking balance tricks. Usually a Russian ball over 100mm is too large for toss juggling. Renegade is the only company that make oversized Russian balls. They are made with a thick vinyl shell and filled with micro glass beads. They can be custom ordered depending on what you want to use them for.

There is a wide range of weights offered for Russian balls, but the trend is usually light weight of around 95-120 grams each, with most weighing approx. 100 grams. This is because many Russian balls are intended for numbers juggling( five balls or more). They need to be light for the start when you have more than 3 balls in one hand. However, 100 grams is pretty light for 3-5 balls. I think the optimal weight for 3-5 ball juggling is more like 125-150 grams, although this is a matter of preference. .

Do Russian Juggling Balls work or are they a gimmick?

Are Russian balls easier to juggle? They are definitely easier to balance or to catch for a stall, such as when performing a catch using your foot or neck. However, for toss juggling, it is hard to say whether they make much of a difference. When juggling 7 balls, the Russian ball can be easier to catch for it seems to fall farther into your hand. For flashing 7 balls, it seems a beanbag ball might be better. In the case of 3-5 balls, there is not much difference between Russian and other kinds of juggling balls. In my opinion, there are far more important factors to consider than the effects of partially versus fully filled balls on your level of juggling. Having proper technique, adhering to practice regimens, and using balls that have the right size and matched weight are much more critical factors. That being said, there are several advantages a Russian ball has over some other types: they do not roll when dropped, the cost of a Russian ball is generally lower, and they are very durable.