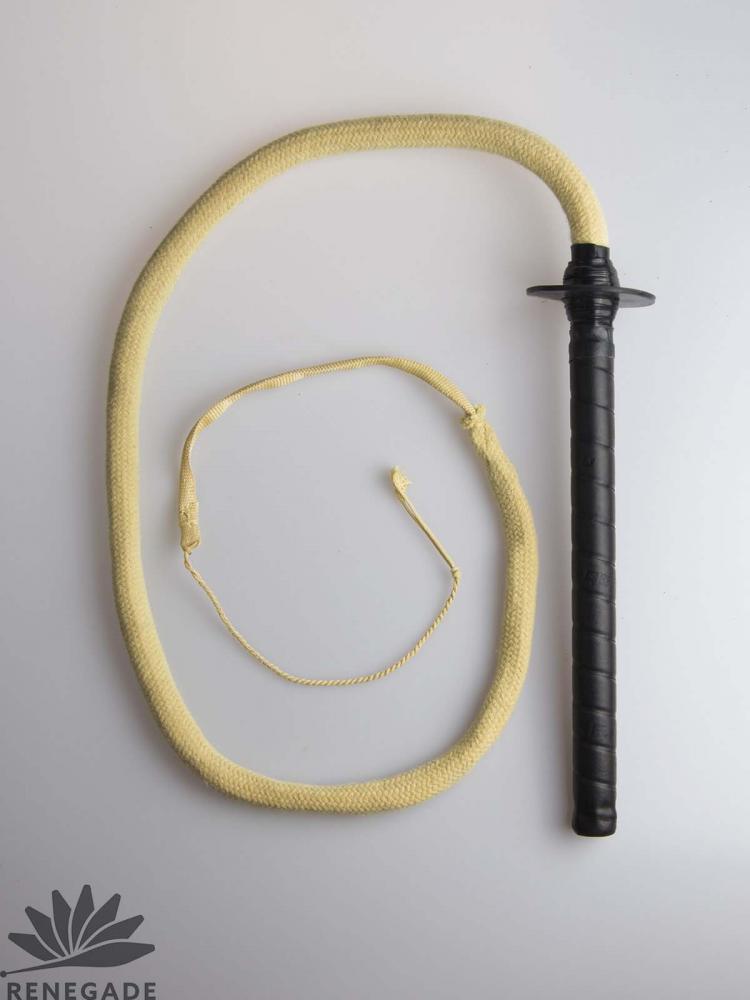 This product is out of stock

The Gora fire whip is very durable and made from 100% kevlar braided ropes plus the cracker. The assembly of the rope sizes graduate in smaller diameters smoothly so you have a satisfying whip performance. The cracker is replaceable. The handle is long enough for safe use, made of aluminum and covered by a heatproof silicone shield. The handle and start of the whip have a fiberglass rod inside that gets thinner and thinner to give the whip root good flex, this makes the whip much easier to crack, and have a better effect. Lengths listed are from the base of the handle to the cracker.

You don't need to fuel the base of the whip, leave the last few inches of whip without fuel, there will be a huge fire anyway, it could damage the heat shield and fiberglass core.-Don't put down the whip on the ground while it is burning. If you put it on a concrete or stone or metal surface the flames will heat up the surface and damage the kevlar.-Never use benzine or white gas only use lamp oil or barbecue lighter fluid, it is too dangerous and will ruin the whip.

Longer than advertised due to tongue and cracker. For short practitioners it will still touch the ground. Highly suggest only outside whipping on pavement or dirt. As a short person (5'1) it's too long to use for the stage show I purchased it for as the performance was on a dance floor which the whip would have damaged. My other whips by other companies are also advertised as 3' but are shorter than this one and can stay off the ground easier. The whip would be better and faster at cracking if overall length and weight were reduced.