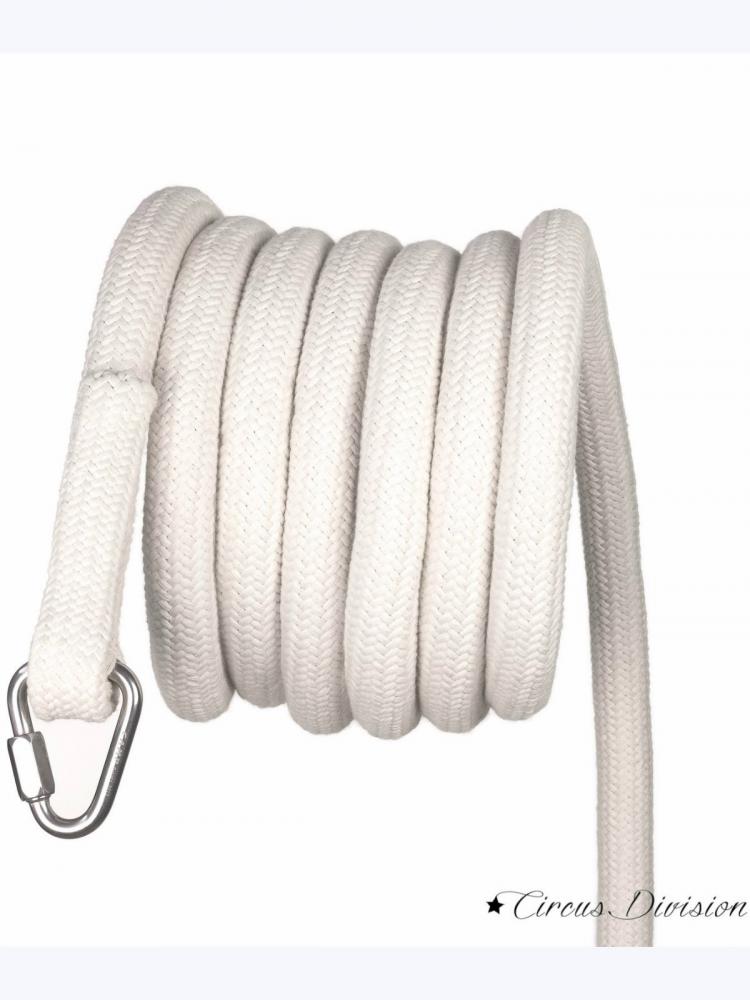 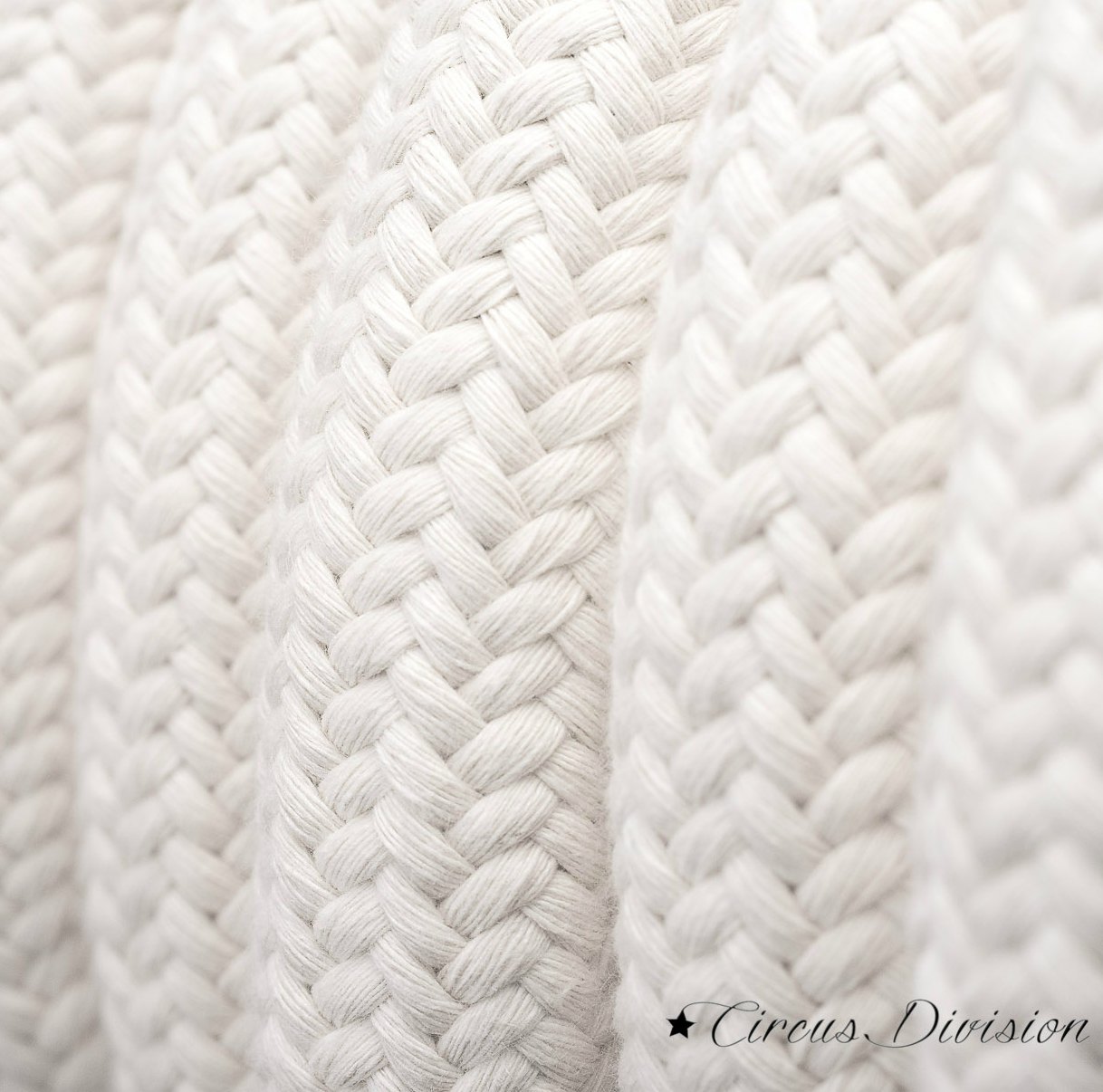 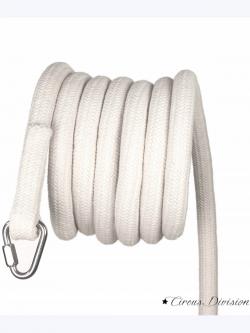 Aerial rope, made by Play Jugging is 100% high quality cotton. The rope is constructed with a outer diamond woven sleeve (sheath) with a continues looped cotton core. This is commonly called a tubular rope. The outer sheath is critical for the traction of rope on your hands, feet or body. This outer diamond weave make for a supple feel, but with enough grip, so the rope sticks to itself and allows you to reduce the number of wraps needs for certain aerial tricks. This is a hybride rope with a differnt feel that the traditionally made Corde Lisse or Spanish Web.

The rope comes is two lenghts 8 and 10 meters, with a triangluar carabiner ( Delta Quick Link). The rope is rated for 2000 lbs, and has a diameter of 38mm.

The Ariel Rope is a adaptation of four disciplines. Corde Lisse, Spanish Web, Aerial Silk and Mallakhamb Rope. With the rise in popularity of the Aerial Silks or Tissues, many performs want to translate this style of aerial acrobatics to a rope. The Spanish Web is where the performer attaches themselves to the rope with a ankle, neck or wrist strap and is spun extremely fast by a partner (web setter) holding the bottom of the rope. The Spanish Web rope is constructed with a outer sleeve or web. Which is why is it called a Spanish Web. The more modern adaptation of Aerial Rope applies a combination of aerial tricks used in Aerial Silks, Aerial Rope, Spanish Web, Pole Dancing and Chinese Pole. The Corde Lisse which literally means smooth rope, is distinct from the Spanish Web in that you are not spun. This it is where the performer will wind into different knots around the body, in combination with various drops and locking positions. Similar to some Aerial Silk positions.

Mallakhamb is though to be the root of both Corde Lisse and Spanish Web, it is ancient (1135 AD) Indain gymnastic art form that startd with a wood pole and later transferred to using a rope (much thinner than the common Spanish Web rope). Most artist working in this style can be technically proficient, as they are very young and light weight girls. Though, in 971AD, a log entry from a Roman merchant ship described a game his sailors were playing, climbing up a rope, tangling themselves in the rope and then decending to the deck of the ship.