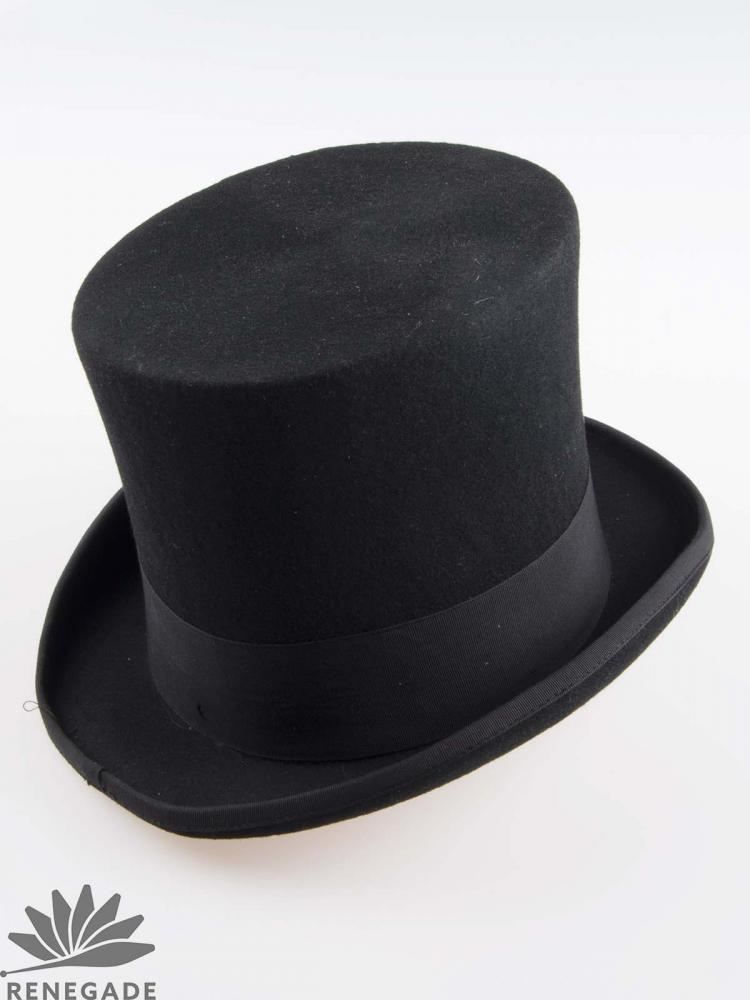 This Top Hat also called the Mad Hatter, was one of first hats used for manipulation. It is a costume hat made of single felt which is starched to make it stiff. It takes a while to break in and once it is softened it works really good, but them ver time this hat will get too soft (after a few years) and lose it stiffness. Some old school hat jugglers still prefer this hat to the more modern double Felt Top Hat or Poll Hat. It has a tall crown and once it is broken in, it is a very nice hat for manipulation, which you can do a wide variety of tricks with it.

This hat was the most popular juggling hat pre-Neils Poll. Most of the modern hat trick where developed using this hat. At the time most other costume hats where too light for hat trick, and due to the tallness of the top hat it had more weight. Once the Neils Poll hat was developed most had jugglers switch to that hat, as it heavier and better made. Though some old school hat juggler who learned hat jugging in the 1980-90's still prefer to use this hat

This hat is oval in shape and will become round after it is broken in, the hat generally runs small in size, as it is sized as a oval not a round hat

For more information on selecting juggling hat and how to figure out what size hat will fit you, click on the link below.

The best way to size the hat is to make a head band out of folded
paper. Tape two sheet together length wise and fold into a 2 inch
wide band. Fit this band to your head, which is tape together in a circle.
Remember a little bigger is better for juggling hat. When you have a
nice fit, cut the band, measure its length and look at the chart
below to find your closest hat size under "circumference in inches".

I credit Waldo for getting me hooked on this style of hat for hat manipulation. They're GREAT! Though a bit more challenging on some moves than the Nils Poll Bowler... Still I wouldn't use anything else.