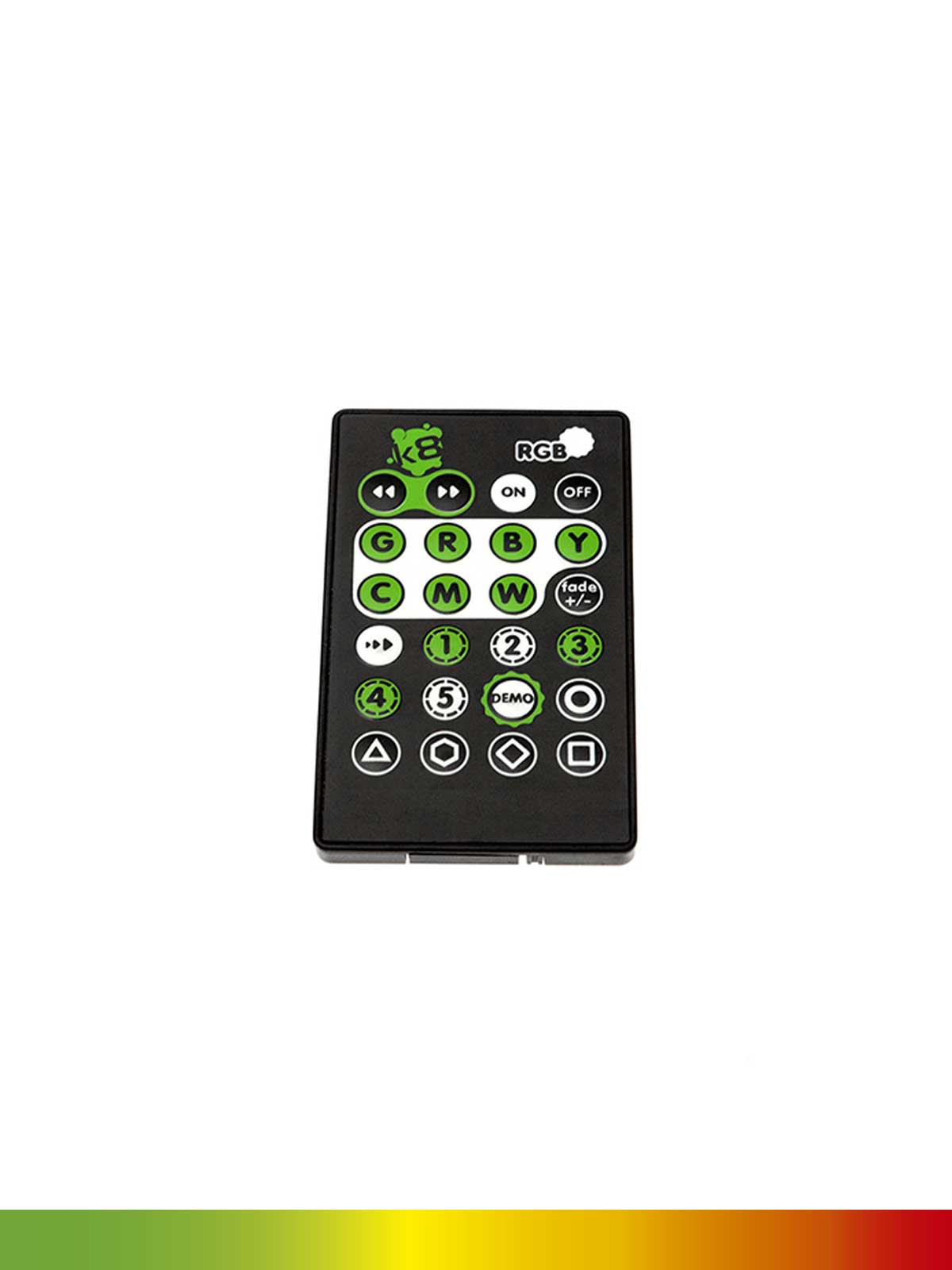 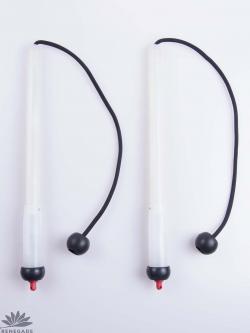 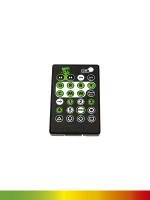 The LED Poi RGB-IR is a professional LED poi with an electronic system that emits different colors and programmable effects. The poi heads are programmable by using a remote control that sends an infrared (IR) signal and also by using a mini-plug. The poi is 15 inches long.

This poi has really outsanding effects with strobe modes and it is easy to change colors effects with the remote. You can use the cable and remote control from any other RGB-IR props. So you can order without them if you already have other K8 glow products.

You need to order a cable charger to use these balls; a USB power plug that works with a computer. You do not need a remote, but it is much better with one, otherwise it is very hard to change the programs with the mini plug.

The remote control system works in from up to 3 meter distance which facilitates the use of the glow range products. Also, each button is a direct access to each one of the programmed effects, which expands its creative possibilities as well as allowing the exact synchronicity of the effects in the props. The RGB lighting is made of the latest generation LEDs. Its electronic system has Li-Polymer batteries that can be recharged with a wall charger (USB). The charging time of the glow poi is two to eight hours.

IR TIMER: In order to save energy, the IR receptor can stay for two hours in Standby mode, which can be renewed by putting in the plug.

How to use the glow clubs with remote control
1) plug into the computer via USP plug to charge, 8 hours2) take off charger and put in miniplug ( till you want to use them)3) take out miniplug and turn on poi with remote, juggle4) turn off the poi when done swinging with remote5) put in miniplug till the next time you use themIf you just turn the poi off with the remote and do not put in the miniplug after 2 hours you need to reset the receiver by putting in a miniplug!!!!!! It will seem like the romote is broken, but no, just put in the miniplug and it will reset the RF receiver inside of the poi.