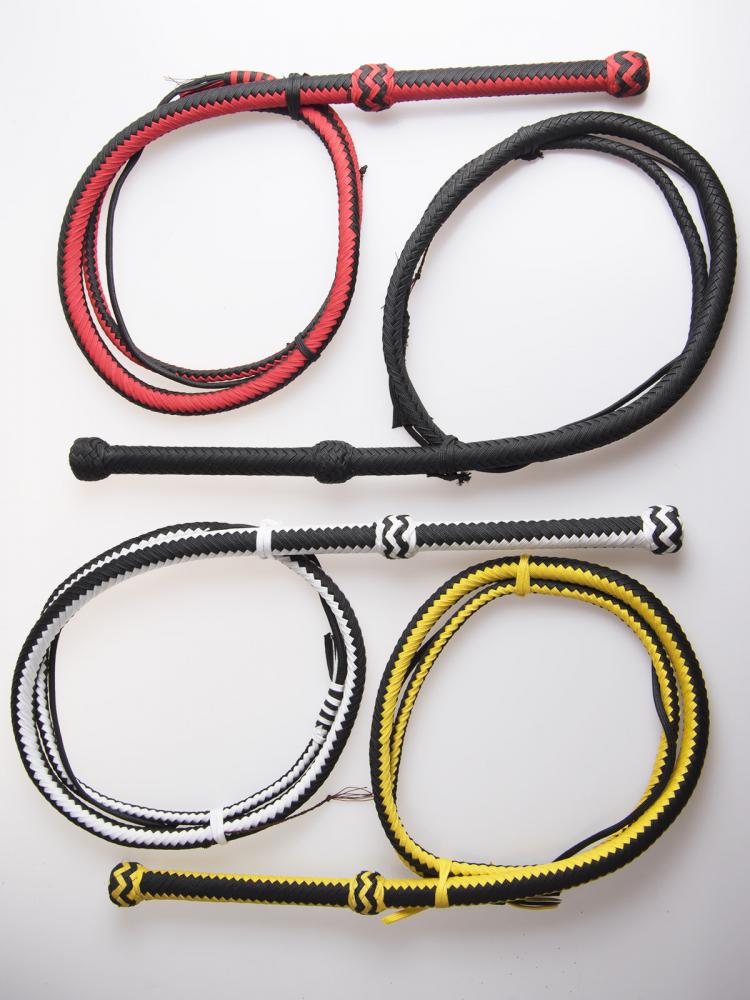 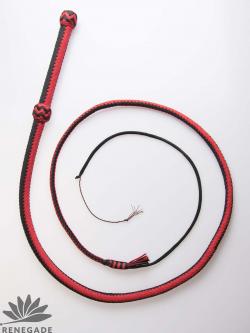 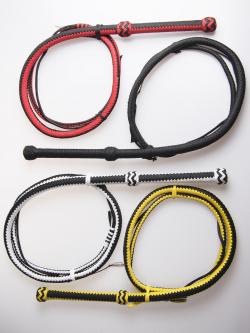 This model of whip is shot loaded, which means inside the handle there is lead shot. The increased the weight of the handle . It also effects the speed of the whip, slowing in down. Some performeres prefer the shot loaded whip when using the whip for thowing tricks, where you throw the whip in the air and catch it. These are made from nylon and are very easy to crack, they come in bright colors and two lenghts 5 and 6 ft long. The nylon whip is very good for beginners to experts, in general a nylon whip is easier to crack than a leather one and is much cheaper to purchase. The whips are cusmtom made for us without the wrist strap at the end of the ball and a short whip fall. The whips come with 5 extra crackers.